Cheetah vs. Leopard: Can you tell the difference?

I use to think Cheetah and Leopard were interchangeable terms as it pertained to animal print -- even though I am intelligent enough to realize that they are two different animals.  What lead me to this post is that I started noticing the differences in the prints while searching for fabric.  And also noticing how people look at the same print and one refers to it as "cheetah" while the other says "leopard".

Since animal print is trending hard and heavy this season, I thought it would be good to really take a close look at how they differ. 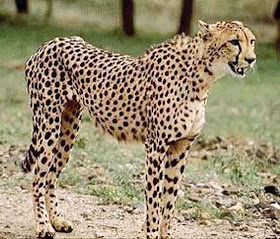 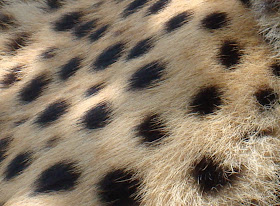 Cheetah spots are fairly round/oval shaped and black and they sit on a tan or orangy background. 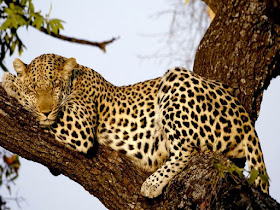 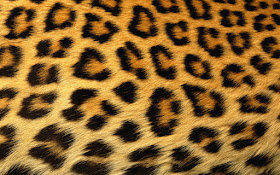 Leopard spots are actually clusters of black and brown spots that look like roses and are referred to as "rosettes".

I found that once I really paid attention to the details that it was really easy to tell the difference.  Simple enough, right?

I know that was almost too easy, so here's one that will probably really throw you. 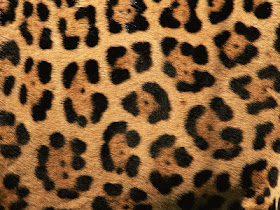 The jaguar print looks a lot like the leopard print, they are also rosettes.  But there is one subtle difference:  they have black spots inside them.

I hope you find this helpful and now you won't be making the same fashion faux "paws" that I have!
Share