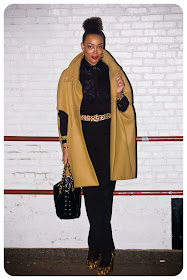 Last night, it was freezing with snow flurries.  There was no doubt about me breaking out the outerwear.  I've definitely made plenty to choose from.  So I pulled out my camel cape and draped it over an all-black ensemble, with a dash of leopard. 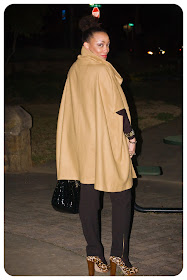 I was nice and warm AND fashionable!

Here are my favorite looks of the night: 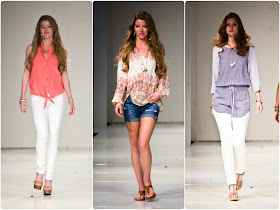 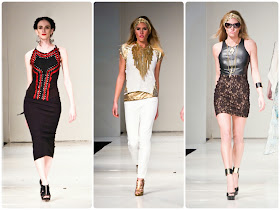 THEADORA
Just voted by Harpers Bazaar for the sixth year in a row as a style leader for the Top 100 boutiques in the USA. 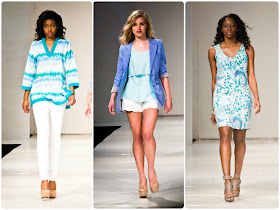 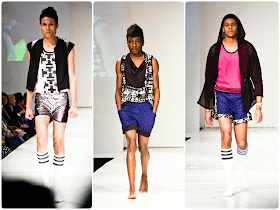 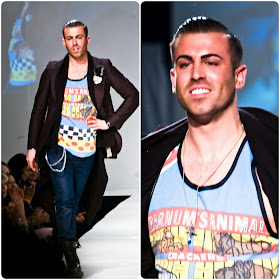 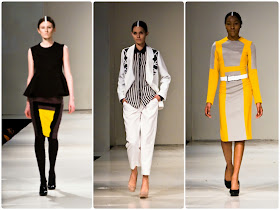 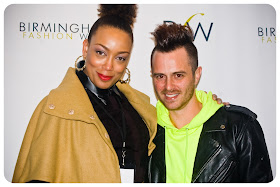 I got to briefly chat with Anthony Ryan about Project Runway.  He complimented me on my outfit.  I told him I made the cape and the pants.  He suggested that I audition for Project Runway.  I told him that I don't sew "like that".  I'm like the world's slowest sewer.  And he confirmed that when they're told they have only 10 hours to complete their design, it means they ONLY have 10 hours.  I told him I'd be the only contestant in Project Runway history to not have ANYTHING to walk down the runway! LOL

Thanks to Birmingham Fashion Week for another fabulous night!
Share