America: A Nation of Slobs

I just finished watching CBS Sunday Morning.  They did a delightful segment on Dressing down a culture for refusing to dress up. Apparently Notre Dame Associate Professor of History Linda Przybyszewski (I had to cut and paste that!), (pronounced preh-beh-SHEV-ski) sparked some sort of "controversy" when she wrote a book called:  Nation of Slobs:  How Americans Learned and Forgot How to Dress. And she evens teaches a class called Nation of Slobs:  The Art, Ethics and Economics of Dress in Modern America. 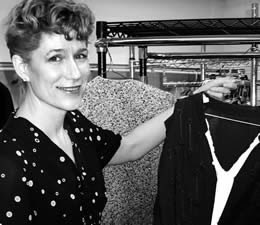 See, not only is she a professor of history, she's also a master dressmaker, collector of vintage patterns and books and expert on the history of fashion.


We used to live in a world where people cared about how they dressed. I am shocked how often I will be out somewhere, whether on a street or in a restaurant, and I see only a handful of people who seem dressed appropriately, and even fewer dressed beautifully,” she says. 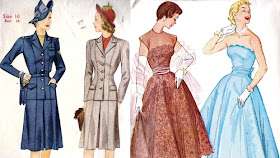 I agree and say the same thing almost daily.  Her aesthetic is not one I personally share.  I'm not into vintage; the 1940s and 1950s, just doesn't do it for me. But I do believe in dressing well and appropriate.  I'm constantly striving for "a perfect fit".  It seems to me that we've lapsed into a culture that puts no value in personal appearance.  And will trivialize those of us that do as shallow and vain or "trying to be seen" (the things I've been told).  I've even been questioned by readers here as to why I make the clothing selections I make, since they've deemed me not worthy of "dressing up" since I don't work outside the home.  Even though it's become de rigueur to wear pajamas to drop kids off at school or to make a trip to the grocery store, I'll gladly keep "doing the most" (yes, somebody actually told me that once).

In this article:  The Lost Art of Dressing, Linda Przybyszewski sites reasons on why she feel people stopped dressing up.  Like Baby Boomers moving into the suburbs... the Youth Movement of the 60s... and the 70s, when the Feminist movement caused home economics to be formally dismantled.  It's all very interesting. 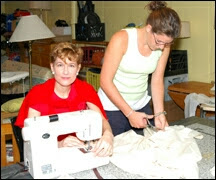 But what I truly like about this lady is not only does she talk the talk, but she walks the walk.  In this article, she talks of her love of sewing  She makes almost all of her clothes (she doesn't knit sweates or cobble shoes, though. LOL).  She says:


Dressmakers feel sorry for people who don't sew, she says.  Most people are dependent on ready-to-wear sizing they don't realize their clothing could be made to fit."

I'm not saying everyone needs to run out and commission a dressmaker and have everything custom made.  But an alterations person in their life might be nice if  they can't do it themselves.  And  she also says:


Sewing is not that hard to learn, she adds.  People think its hard to sew, but they'll spend hours miserable in the mall looking for something to wear.

This I agree with.  If you're "size challenged" (tall, short, large, small, disproportion, etc...), I don't understand why not just learn to sew and make your own clothes.  Just my opinion!
Share