I bumped this post back up to share the author, Faye Penn's jacket! She commented and uploaded the pic! Faye, I think you did a fabulous job on the jacket! 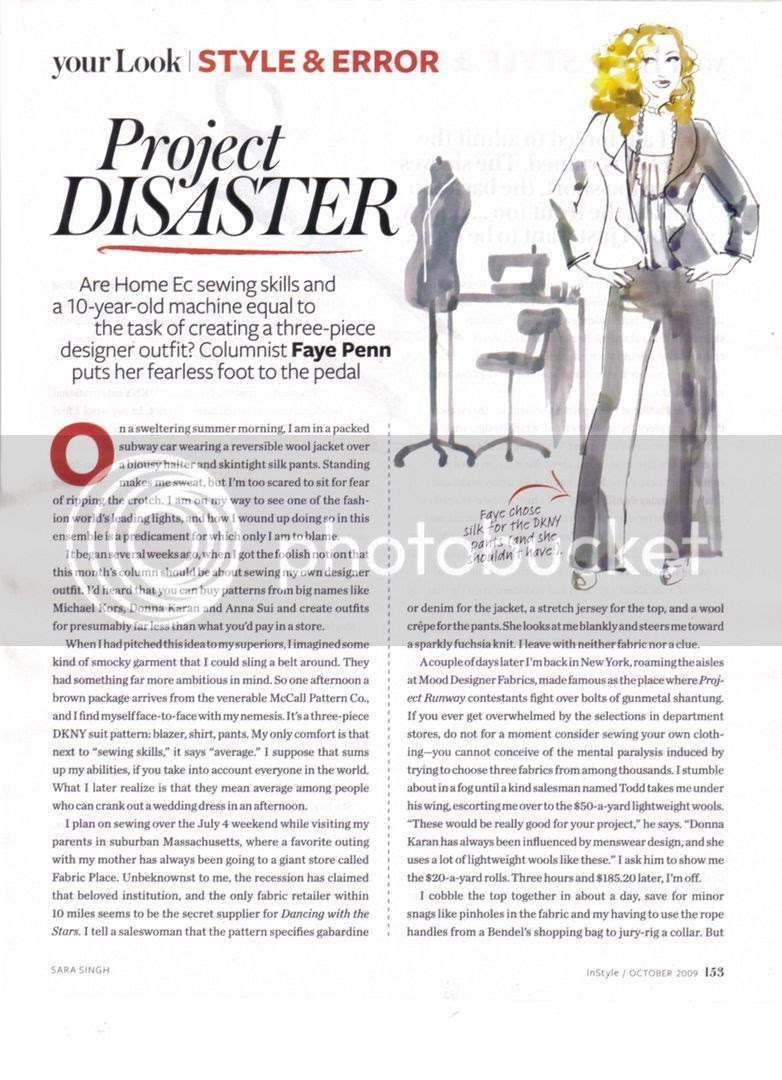 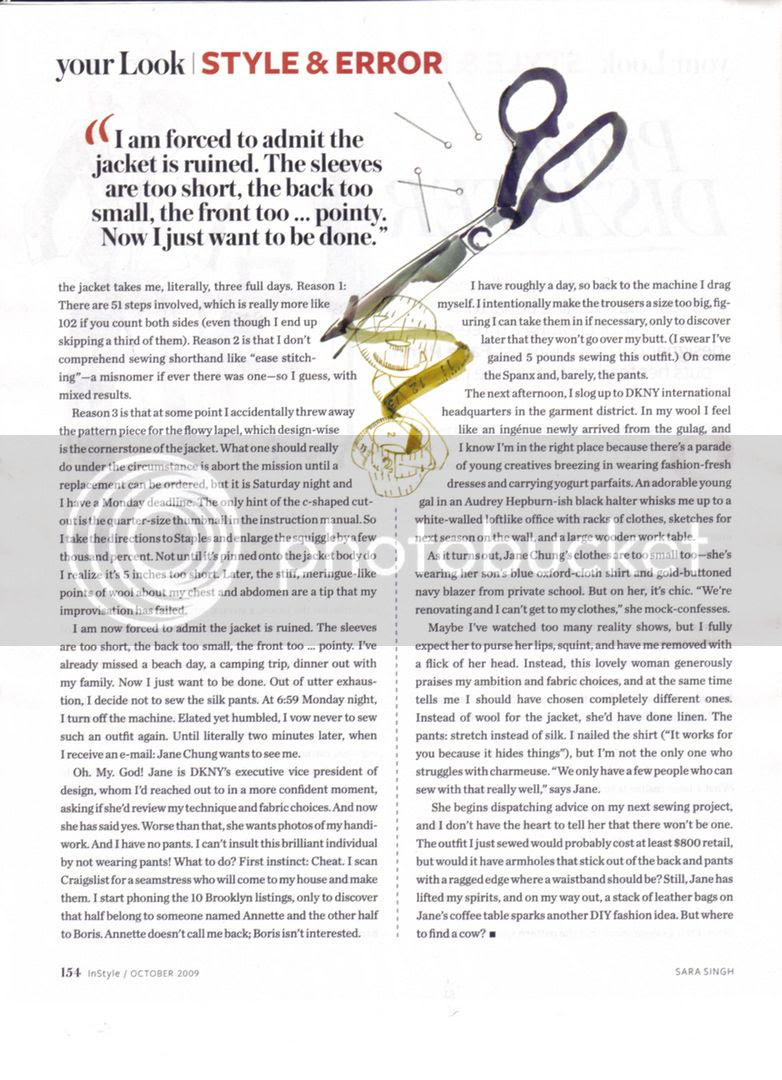 Carolyn had mentioned this article a couple of weeks ago and I was dying to read it, but my October issue of InStyle had not yet arrived. "Project Disaster" by columnist Faye Penn is about her decision to base an article on sewing her own designer outfit. She decided to use Vogue 2923. Now, the article didn't reference the pattern number, but she did say it was a DKNY. And I recognized the illustration because I've made that jacket -- twice!

The article is hilarious! She bought her fabric from none other than Mood Fabrics (because clearly in NYC's garment district, that's the only choice). She had success with the blouse. She decided to make the jacket in wool and make it reversible. Ambitious much? The part that would have stopped me in my tracks was when she lost the pattern piece for the jacket flounce. She decided it would be a good idea to take the instruction sheet and venture off to Staples and have the thumbnail enlarged. *Blank stare...* The next part about the pants and wearing this ensemble to meet with Jane Chung - DKNY's executive vice president of design is beyond funny!

My take on this article is it was very REALISTIC. In my opinion, Faye's results were more realistic than the Vogue writer who had Jason Wu at her side guiding her hands and sewing her lining. I found Faye to be fearless for even considering diving into a project like that. I know people that have been sewing for years that won't go near a Vogue Pattern. Even though I'm sure the results weren't that great, I wish they would have published the photos of the finished pieces. I hope this is becoming a trend because I would love to see more D.I.Y. projects in fashion magazines.
Share